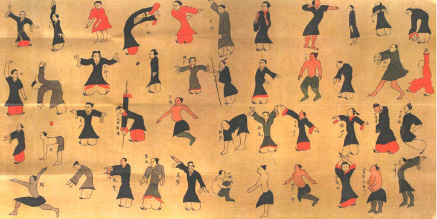 In Person at Jung Tao School of Classical Chinese Medicine

Join faculty members Barry Marshall and Tom Eddins for a day of movement, meditation and self cultivation. This course will bring together dynamic practice of the Eight Silk Movements Qi Gong (Ba Duan Jin) with restorative practices such as forest bathing and standing practice. For the first time in many years Mr. Marshall will also teach energy massage from JTS founder Dr. Sean C. Marshall. Students will learn material to bring back to their daily lives and enhance their practices as health care practitioners. 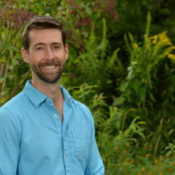 Tom Eddins is a licensed acupuncturist and certified qigong and taijiquan instructor. In addition to teaching at the Jung Tao School of Classical Chinese Medicine since 2009, he has practiced acupuncture professionally for 15 years and been an avid qigong and tai chi practitioner for over 20 years. He began studying both internal and external martial arts in 2000 and was quickly led into the healing potential of movement practices along with in-depth study of many aspects of Chinese medicine. Tom previously spent time working with Tibetan Buddhist meditation and helps his students cultivate elements of internal feeling awareness, visualization and mindfulness in their practice of tai chi and qigong. 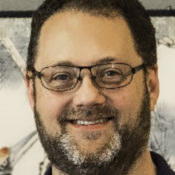 Barry Marshall began his martial arts training at the age of 19 with Master Rick Ward at Blue Ridge Kung Fu Academy in Boone, NC. He was awarded a Black Belt by the World Mushuquan Federation in 1993. Barry began studying with Dr. Sean Marshall in 1994 and was awarded a white sash by him in 1997, qualifying him as an instructor of Taijiquan at Jung Tao School. He completed a three- year Chinese Medicine certificate program at Jung Tao School in 1998.

In 2007 he was awarded a red sash from Dr, Marshall, certifying him as a senior instructor of Taijiquan. In 2007, Barry graduated from Caldwell Community College & Technical Institute’s Massage Therapy program. Barry has continued his education by studying Tui-Na, acupressure and deep tissue massage, and in 2015 he graduated again from Jung Tao School, this time with a Masters Diploma of Acupuncture. Barry teaches Taijiquan and palpatory anatomy, and serves as Registrar for the Jung Tao School.

Barry is a native of the area, born and raised in Sugar Grove, NC. Where he lives with his wife, daughter, 2 cats and three dogs.